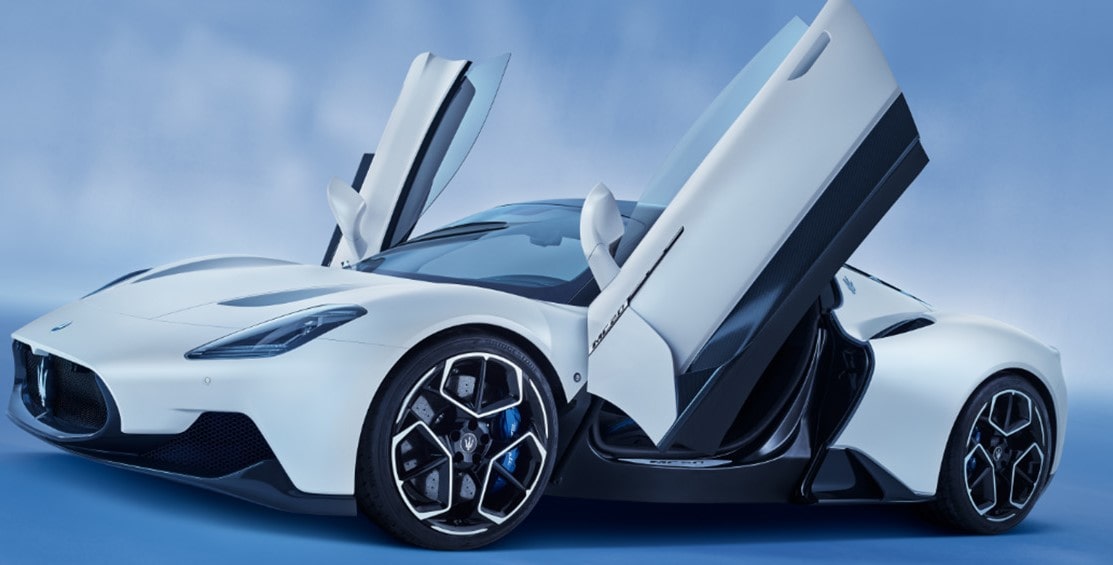 When we think of supercars several names immediately come to mind, such as Ferrari, Lamborghini, McLaren and Bugatti. Another name that used to be spoken of in exactly the same way is Maserati, but many would suggest Maserati is a brand from the past that's been left behind in recent decades. That may well be the case, but the Italians are attempting to come back with one hell of a bang by now unveiling a stunning new supercar in the shape of the all-new Maserati MC20.

Maserati designs of recent years have been largely in the grand tourer genre, but there's also been the relatively recent and successful venture into the world of luxury performance SUVs with the Levante. The MC20 is nothing like any Maserati we've ever seen, and you only have to take a quick glance at it to see that it has McLaren, Lamborghini and Ferrari firmly in its sights with this completely new model.

This could well be the Maserati the world has been waiting for, and if it goes anywhere near as good as looks the current super sports car establishment might have something here to worry about. The car is designed to deliver incredible levels of aerodynamic efficiency, but the new Nettuno V6 twin-turbo engine with its 630 horsepower and 730 Nm of torque delivering 0-100 km/h acceleration in under 2.9 seconds and a top speed over 325 km an hour is what many enthusiasts will be most interested in. The significance here is that this engine finally signals Maserati returning to producing its own engines after a lengthy hiatus of more than 20 years.

The MC20 is as light as the proverbial feather, weighing in at less than 1,500kg, which along with that 630 horsepower gives the Maserati a best-in-class power-to-weight ratio of just 2.33 kg/hp.

Designed in Modena, and being built at the Viale Ciro Menotti plant where the Trident’s models have been built for more than 80 years now, the new car is the very epitome of Italian automotive excellence. The car took around 24 months to go from initial design to production, and in adopting an innovative approach, a team of Maserati Innovation Lab engineers, technical specialists from the Maserati Engine Lab and designers from the Maserati Style Centre were involved in the process from the outset.

The whole project owes a great deal to the MC12 that marked Maserati's return to racing back in 2004, and there are sure to be plenty of well-heeled buyers queuing up to get their hands on this incredibly exciting new car as soon as they can. The order book opened on September 9th, with full production due to get underway by the end of the year.